9 ÆäÀÌÁö
It does not , to use the old phraseology , harmonize with our idea of the nature
and fitness of things ; with our abstract conception of what a minister should be .
But to descend from this position , which may be thought to savor a little too much
of ...
21 ÆäÀÌÁö
The observation of the Saviour , " God is a spirit , ¡± is one of the passages they
quote to prove him corporeal , | | for however inconsistent with the modern idea ,
it was then believed that all spirit had body and shape , - length , breadth , and ...
199 ÆäÀÌÁö
This is not a complete definition of prayer , but these ideas would be embraced in
any complete definition of it . But if this be only in part what is meant by it , can
there be a doubt whether to perform this duty would have the most beneficial
effect ...
216 ÆäÀÌÁö
tament , where the word baptize is used , can we detect an idea common to them
all , expressed by that word ? If this can be done , we arrive at once at the object
of our search , — the meaning which Christ ' s use of the word would convey to ...
217 ÆäÀÌÁö
Indeed , we can think of no passage wherein the word baptize occurs as a
religious term , in which this does not seem to be the fundamental idea . Hence ,
we can explain many expressions which occur in the writings of the early
Christian ...
´ÙÀ½ » 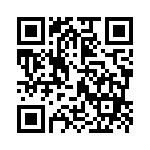