3 ∆‰¿Ã¡ˆ
BY OLIVER GOLDSMITH , M. B. LONDON : PRINTED FOR JOHN SHARPE , PICCADILLY ; BY C. WHITTINGHAM , CHISWICK . MDCCC XXII . HARVARD UNIVERSITY LIBRARY CRITICAL OBSERVATIONS . DR . JOHNSON pronounced.
4 ∆‰¿Ã¡ˆ
Oliver Goldsmith, Richard Westall. HARVARD UNIVERSITY LIBRARY CRITICAL OBSERVATIONS . DR . JOHNSON pronounced The Traveller to Ke 12465.
5 ∆‰¿Ã¡ˆ
JOHNSON pronounced The Traveller to be the finest poem that had appeared since the time of Pope ; and this measured encomium , dictated by the great Aristarch of British Poets , was probably sufficient to content the ambition of the ...
12 ∆‰¿Ã¡ˆ
The latter production , like Johnson's Rasselas , was written from the spur of necessity . Goldsmith composed the tale in his lodgings , in Wine Office Court , Fleet Street , °∞ attended , °± as we are informed by his biographer , °∞ with ...
14 ∆‰¿Ã¡ˆ
The place of his birth has been controverted . Dr. Johnson , in the epitaph for his monumental stone , states it to have been Pallas , in the parish of Forney , county of Longford ; which is 14 CRITICAL.
¥Ÿ¿Ω » 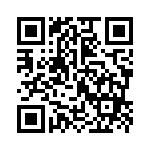