v 페이지
And it is easy to perceive how this should be . His is a Treasury of the best songs
and lyrical poems.
vi 페이지
is a Treasury of the best songs and lyrical poems in the English Language , and
of these exclusively ; but within this circle he proposes to include all which is of
first - rate excellence in our language by authors not living . My scheme is at once
...
vii 페이지
been brought away from thence ; while the specimens from other poets provoke a
similar misgiving . Whatever merit or demerit this may imply , the volume here
presented lays claim to a certain originality - or , if that word cannot in this matter
...
viii 페이지
study , and acquainted themselves with its bye ways no less than its high ways ,
poems which little merit the oblivion into which they had fallen . I have called this
volume a Household Book of English Poetry , by this name implying that it is a ...
ix 페이지
How many another book , once read , can yield no more pleasure or profit to
usbut poems of the highest order are in their very essence sources of a delight
which is inexhaustible . However much of this has been drawn from them , as
much or ...
다음 » 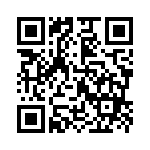