30 ∆‰¿Ã¡ˆ
Sc Chief Princes came to help me , and I remained °∞ there with the Kings of
Persia . Now it is known from History , that Cyrus had been One and Twenty
Tears chosen Prince or General of the Persians , who were then a distinct Nation
from the ...
55 ∆‰¿Ã¡ˆ
... for ' nothing inposed more on them than the Divine Honours that Princes often
Afsuned to Themselves in their Life Time , and which were Universally paid them
, after their Death ; and as this was the chief Source of the Heathen Religion , so ...
57 ∆‰¿Ã¡ˆ
Dead , yet the Living Princes of the World had generally the same Honours paid
them . The Address which the Wise Men made to Nebuchadnezzar of , O King ,
live for ever ! was Da wishing him that Everlasting Dominion which IV . 34 .
himself ...
58 ∆‰¿Ã¡ˆ
So that the Idolizing of Princes in their Life Times , was practifed under all the four
Monarchies . And thus it appears , that the Great Idol in Daniel , was very properly
used as a Representation of the Grand Imposture under living Princes , who ...
108 ∆‰¿Ã¡ˆ
of t©§e Popes famous Constitution , Unigenitus , after that King ' s Death in the
Kingdom of France , so that with him fell the Ballance of Power , on the side of the
Church of Rome ; for thofe Popish Princes , who in the last Wars have fided with ... 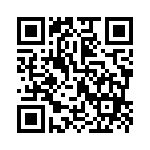