Richard Baxter (1615-1691) was a leader in the puritan movement in Britain. His successful ministry of Kidderminister, England was outstanding even in that period of eminent pastors and preachers, and his book "The Reformed Pastor" explains many of the principles he practiced there. Richard Baxter was a prolific author, writing over sixty books. When he was dying, a friend comforted him with the reminder of the benefit many had recieved from his writings. He replied, 'I was but a pen in God's hand, and what praise is due to a pen?' 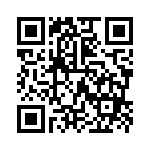