131 Ųõ└╠┴÷
... so as to describe her Majesty as Ī░ Queen of the United Kingdom of Great
Britain and Ireland , and of the Colonies and Dependencies thereof . " In the
House of Commons ( May 6 ) Mr . Hanbury asked the Secretary of State for War
whether ... 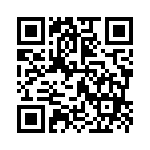