64 Ųõ└╠┴÷
... and that it was cured the incorporation of a New liable to service of process upon the York corporation to act as its agent in America as a device to evade the agent which represented it in that Federal Anti - trust Laws , and the ...
515 Ųõ└╠┴÷
new forced in another state if the limita- here in a case , where , by the plaintion of such statute has not attached tiff's own neglect , it had ceased to exat the time of the institution of the ist in New York .
520 Ųõ└╠┴÷
And the above conclusion was ( since general statutes of limitation held to hold true although the New of the corporation's domicil have no York statute above referred to had extraterritorial effect in an action in been interpreted by ... 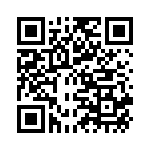