vii ∆‰¿Ã¡ˆ
The second great Act of Abraham ' s Faith was his Confidence in the Promises ,
which assured him that he should have a Son by Sarah , when , according to the
Course of Nature , the Thing promised was highly improbable ; and which ...
613 ∆‰¿Ã¡ˆ
46 Then the King Nebuchadnezzar fell upon his Face , and worshipped Daniel ,
and commanded that they should offer an Oblation and sweet Odours unto him .
47 The King answered unto Daniel , and said , Of a Truth it is , ' that your God is a
...
638 ∆‰¿Ã¡ˆ
5 Then arose Ezra , and made the chief Priests , the Levites , and all Israel to
swear , that they should do according to this Word : and they sware . 6 Then Ezra
rose up from before the House of God , and went into the Chamber of Johanan
the ...
675 ∆‰¿Ã¡ˆ
21 To stablish this among them , that they should keep the fourteenth Day of the
Month Adar , and the fifteenth Day of the same yearly : 22 As the Days wherein
the Jews reited from their Enemies , and the Month which was turned unto them ...
∆‰¿Ã¡ˆ
YOUNG People should be admonished by this Curse - upom Ham , to be very
careful not to ' to grieve their Parents , or provoke them : Lest the Curse of
graceless and disobedient Children should be entailed upon - them and their
Posterity . 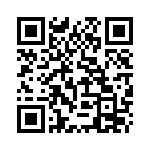