314 ∆‰¿Ã¡ˆ
Senate. Committee on Government Operations. measures absolutely after they
have passed the Congress and been signed by him . Such a procedure grants to
the President not only an absolute veto , immune from being overridden , but also
...
342 ∆‰¿Ã¡ˆ
I believe every schoolboy learns how laws are passed , and that is they are
passed by the House and Senate and signed by the President , that they become
the law of the land , that the President is committed to execute them and uphold
them ...
421 ∆‰¿Ã¡ˆ
This was after the Senate passed the bill , after the Senate passed the bill . It
wasn't raised in conference . You didn't make that much impression on the House
membership . Mr. RUCKELSHAUS . That is true . Senator Muskie . Do you
consider ...
714 ∆‰¿Ã¡ˆ
Legislative delays in passing appropriation bills ( enacted after one - fourth to
one - third of the year had elapsed ) forced departments ... As a result °∞ The law is
, necessarily , not complied with , because it is passed after the act is performed .
863 ∆‰¿Ã¡ˆ
Prior to President Nixon's veto of the LaborHEW - OEO appropriation bill ,
Congress had passed a continuing appropriation bill . It contained the following
provision : ( 27 ) in the case of activities for which appropriations would be
available to ... 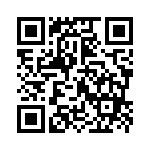