Catherine A. Robinson is Senior Lecturer in the Study of Religions at Bath Spa University; she is the author of Tradition and Liberation: The Hindu Tradition in the Indian Women's Movement (also published by Routledge). 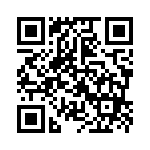