xii ∆šņŐŃŲ
Tom King , as Puff , had an unceasing vivacity , a true comic spirit , a neat and rapid delivery --- every word told . This attention to a clear and distinct enunciation made him one of the best prologue - speakers on the stage .
xviii ∆šņŐŃŲ
True ; my power with the Managers is pretty notorious ; but is it no credit to have applications from all quarters for my interest ? –From lords to recommend fiddlers , from ladies to get boxes , from authors to get an swers , and from ...
9 ∆šņŐŃŲ
No , that's a genteel comedy , not a translationonly taken from the French ; it is written in a style which they have lately tried to run down ; the true sentimental , and nothing ridiculous in it from the beginning to the end .
10 ∆šņŐŃŲ
Very true , egad — though he's my friend . Sneer . Then his affected contempt of all newspaper strictures ; though , at the same time , he is the sorest man alive , and shrinks , like scorched parchment , from the fiery ordeal of true ...
12 ∆šņŐŃŲ
Very true . °§ Why , then , though I seriously admire the piece upon the whole , yet there is one small objection ; which , if you'll give me leave , I'll mention . Sir F. Sir , you can't oblige me more . 12 [ Act I. THE CRITIC .
īŔņĹ » 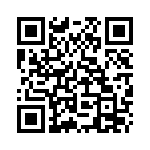