6 ∆‰¿Ã¡ˆ
... or at some other entrance to the Church or Churchyard , by the Minister and
Clergy , properly habited , the Churchwardens , and some of the principal
inhabitants ; a Petition , signed by the Incumbent and Churchwardens , Patron ,
Trustees ...
15 ∆‰¿Ã¡ˆ
Then , the Archbishop , sitting in his Chair , the Sentence of Consecration is to be
read by the Chancellor or Registrar , and signed by the Archbishop , and by him
ordered to be enrolled , and preserved amongst the muniments in the Registry .
27 ∆‰¿Ã¡ˆ
After which the Sentence of Consecration ( unless included in the Sentence of
Consecration of the Church ) shall be read by the Registrar and signed by the
Archbishop ; and a Psalm may be sung , viz . , Psalm xxxix , verse 5 , 6 , 7 , 8 :5 . 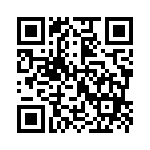