113 ãõ└╠┴÷
... and includes such product when cooled , pasteurized ... with a view to being
sold as milk , and also cream , buttermilk and skimmed milk , sold or intended to
be sold as such for human food , " and further expressly provided that í░ such term
...
115 ãõ└╠┴÷
554 , 91 A. city had such power , under the ordi922 , said that the purpose of the
act nance in question ice cream below the was to suppress false pretenses and
prescribed standard could not be sold to secure honest dealing in the sale at all ...
381 ãõ└╠┴÷
47 P. ( 2d ) 590 , entitled to priority large , built - in bake oven and steam with
respect to the new machinery , as boiler sold on conditional sale , which against
the chattel mortgagee , where replaced two old ovens and boilers in gin
machinery ... 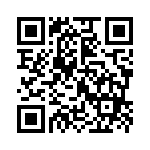