CRUSADE: The Untold Story of the Persian Gulf War

Exhaustive, albeit consistently absorbing, record of the 42- day Gulf War that offers fresh, often startling, perspectives on the planning and conduct of what the author characterizes as ``a brilliant ... 전체 리뷰 읽기

Crusade: the untold story of the Persian Gulf War

This interesting account of the 1991 Persian Gulf War by a Pulitzer Prize-winning reporter features a number of original observations about the conduct of the war. For example, Atkinson discloses that ... 전체 리뷰 읽기

RICK ATKINSON is a New York Times bestselling author and winner of a Pulitzer Prize in 1983 for a series of articles on West Point's Class of 1966, which later became the basis for his book T he Long Gray Line. A veteran staff reporter, foreign correspondent, war correspondent, and senior editor for the Washington Post, he wrote the paper's lead stories during the Gulf War. 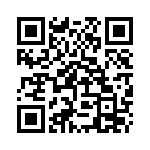