103 ∆‰¿Ã¡ˆ
No license , however , is required of an insurance agent or broker whose receipts
, as such agent , are less than six hundred dollars in any one year . ( 8 64 , subd .
38 , as amended , p . 252 ) INSURANCE COMPANIES . ( Duty on declared ...
214 ∆‰¿Ã¡ˆ
... in a sum of not less than one hundred thousand dollars , payable to the United
States , conditioned that said commissioner shall faithfully perform the duties of
his office according to law , and shall justly and faithfully account for and pay over
...
215 ∆‰¿Ã¡ˆ
... with a salary of twenty - five hundred dollars , who shall have charge of the
moneys received in the office of the commissioner of internal revenue , and shall
perform such duties as may be assigned to his office by said commissioner ,
under ...
216 ∆‰¿Ã¡ˆ
And every assessor or assistant assessor acting in the said office without having
taken the said oath or affirmation , shall forfeit and pay one hundred dollars , one
moiety thereof to the use of the United States , and the other moiety thereof to ...
218 ∆‰¿Ã¡ˆ
... being thereof convicted on indictment found therefor in any circuit or district
court of the United States held in the district in which such offence may be
committed , shall be fined in a bum not exceeding five hundred dollars , at the
discretion of ...
¥Ÿ¿Ω » 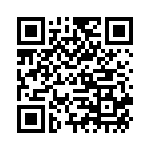