T. H. (Thomas Henry) Huxley, an English biologist born in London in 1825, was regarded as one of the leading scientists in England by the age of 26. His fame arose primarily from his support of Charles Darwin and Darwin's theory of evolution. Huxley's book Man's Place in Nature, published in 1873, added an anthropological perspective to Darwin's theory; in fact, this book was the first to advocate the idea that anthropoid apes are the closest relatives to humans. Huxley's other scientific interests included comparative anatomy and paleontology. His writings were extensive. On the topic of biology he wrote both from the scientific view and to popularize the subject. Huxley's other books were on education, philosophy, ethics, and theology. His grandson, Aldous Huxley, would later make significant contributions to English literature as well. T.H. Huxley died in 1895. 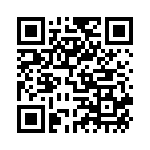