21 Ųõ└╠┴÷
As sailing day approached , the question of " signing on Ī▒ a crew , arose . No one
suitable could be found in Port Adelaide so the ports of Australia were scoured .
In the end a crew , composed of Russians , Scandinavians , Dutch and Germans
...
247 Ųõ└╠┴÷
All this time , the crew were kept hard at work pumping water upon the deck , for if
the pitch in the seams had been allowed to melt , the flames would have broken
out . With scarcely any rest , this work of flooding was kept up , and the water ...
322 Ųõ└╠┴÷
In one cabin , three half - starved cats were found , silent witnesses to whatever
grim event had taken place aboard the Deering In the ship ' s galley , several pots
lying about indicated the crew had eaten a meal of soup , spareribs and coffee ... 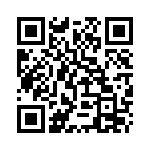