Cassie Edwards is and accomplished violinist and romance novel writer. She began her literary career while working as a secretary. Edwards sent a manuscript to Zebra, who bought it and offered her a contract for six more books, but not before she was offered a contract for another historical novel by Leisure Books. Over 100 of her historical romances have been published and Edwards has won the Romantic Times 'Lifetime Achievement Award' for her Indian series and a 'Reviewer's Choice Award' for her first Indian romance, Savage Obsession. Her series list includes: Savage Secrets, Wild Arizona, and Wild Tribes. Her novels include: Island Rapture, Fire Cloud and Shadow Bear. 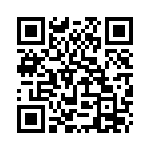