207 Ųõ└╠┴÷ - No county, city, town or village shall hereafter give any money or property, or loan its money or credit to or in aid of any individual, association or corporation, or become directly or indirectly the owner of stock in, or bonds of, any association or corporation; nor shall any such county, city, town or village be allowed to incur any indebtedness except for county, city, town or village purposes.
1776│Ō - 2007│Ō▒Ņ┴÷ 505▒Ū└Ū ├ź┐Ī │¬┼Ė│▓
22 Ųõ└╠┴÷ - The conventions of a number of the states having, at the time of their adopting the constitution, expressed a desire, in order to prevent misconstruction or abuse of its powers, that further declaratory and restrictive clauses should be added...
1789│Ō - 2008│Ō▒Ņ┴÷ 566▒Ū└Ū ├ź┐Ī │¬┼Ė│▓
└┌╝╝╚„
20 Ųõ└╠┴÷ - No person except a natural-born citizen, or a citizen of the United States, at the time of the adoption of this constitution, shall be eligible to the office of President; neither shall any person be eligible to that office who shall not have attained to the age of thirty-five years, and been fourteen years a resident within the United States.
1801│Ō - 2008│Ō▒Ņ┴÷ 958▒Ū└Ū ├ź┐Ī │¬┼Ė│▓
206 Ųõ└╠┴÷ - Appointments and promotions in the civil service of the State, and of all the civil divisions thereof, including cities and villages, shall be made according to merit and fitness to be ascertained, so far as practicable, by examinations, which, so far as practicable, shall be competitive...
1777│Ō - 2001│Ō▒Ņ┴÷ 541▒Ū└Ū ├ź┐Ī │¬┼Ė│▓
203 Ųõ└╠┴÷ - For the purpose of voting, no person shall be deemed to have gained or lost a residence by reason of his presence or absence, while employed in the service of the United States; nor while engaged in the navigation of the waters of this State, or of the United States, or of the high seas; nor while a student of any seminary of learning; nor while kept at any alms-house or other asylum, or institution wholly or partly supported at public expense or by charity; nor while confined in any public prison.
1807│Ō - 2007│Ō▒Ņ┴÷ 492▒Ū└Ū ├ź┐Ī │¬┼Ė│▓
135 Ųõ└╠┴÷ - ... shall be received at par in all parts of the United States in payment of taxes, excises, public lands, and all other dues to the United States, except for duties on imports ; and also for all salaries and other debts and demands owing by the United States to individuals, corporations, and associations within the United States, except interest on the public debt, and in redemption of the national currency.
1856│Ō - 2008│Ō▒Ņ┴÷ 280▒Ū└Ū ├ź┐Ī │¬┼Ė│▓
19 Ųõ└╠┴÷ - To coin money, regulate the value thereof, and of foreign coin, and fix the standard of weights and measures; To provide for the punishment of counterfeiting the securities and current coin of the United States; To establish post-offices and post-roads; To promote the progress of science and useful arts, by securing, for limited times, to authors and inventors the exclusive...
1801│Ō - 2007│Ō▒Ņ┴÷ 352▒Ū└Ū ├ź┐Ī │¬┼Ė│▓
114 Ųõ└╠┴÷ - ... made up or manufactured in whole or in part by the tailor, seamstress, or manufacturer; all of the above-named articles made of silk, or of which silk is the component material of chief value, not specially provided for in this Act, and silk goods ornamented with beads or spangles, of whatever material composed, sixty per centum ad valorem.
1839│Ō - 2000│Ō▒Ņ┴÷ 212▒Ū└Ū ├ź┐Ī │¬┼Ė│▓
18 Ųõ└╠┴÷ - SEC. 4. The times, places and manner of holding elections for senators and representatives, shall be prescribed in each state by the legislature thereof; but the congress may at any time by law make or alter such regulations, except as to the places of choosing senators.
1803│Ō - 2007│Ō▒Ņ┴÷ 494▒Ū└Ū ├ź┐Ī │¬┼Ė│▓
207 Ųõ└╠┴÷ - The Legislature shall provide for filling vacancies in office, and in case of elective officers, no person appointed to fill a vacancy shall hold his office by virtue of such appointment longer than the commencement of the political year next succeeding the first annual election a,fter the happening of the vacancy.
1777│Ō - 1990│Ō▒Ņ┴÷ 300▒Ū└Ū ├ź┐Ī │¬┼Ė│▓
░ŻĘ½╚„ 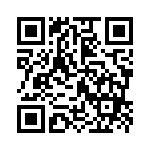