21 페이지
In the scene between Ferdinand and Jerome ( act ii . scene 3 ) the following lively
speech of the latter was left out :“ Ferdin . .... but he has never sullied his honour ,
which , with his title , has outlived his means . " Jerome . Have they ?
38 페이지
Through the remainder of this scene the only difference in the speeches of Mrs.
Candour is , that they abound more than at present in ludicrous names and
anecdotes , and occasionally straggle into that loose wordiness , which , knowing
how ...
340 페이지
Dramas, Poems, Translations, Speeches, and Unfinished Sketches. With a
Memoir of the Author, a Collection of Ana, and Ten Chalk Drawings Richard
Brinsley Sheridan F. Stainforth. ACT III . SCENE I. - The Theatre , before the
Curtain . 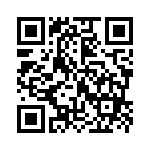