Published in 1939, this essay collection is recommended for readers who, having just read or seen one of Shakespeare's plays, are in search of a short but thoughtful interpretation. 전체 리뷰 읽기

Mark Van Doren (1894-1972) was born in Hope, Illinois, and received his A.M. and Ph.D. from Columbia, where he taught literature for nearly forty years and where his students included Thomas Merton, John Berryman, and Allen Ginsberg. It was there, and with his book The Liberal Education, that he helped promote the influential “great books” movement. Van Doren was literary editor of The Nation and president of the American Academy of Arts and Letters. Among his books are critical biographies of such writers as Dryden and Hawthorne; a study of epic poetry, The Noble Voice; several plays; an auto-biography; novels; and many volumes of poetry, including the Pulitzer Prize winning Collected Poems, 1922-1938.

David Lehman’s new book of poems, his sixth, is When a Woman Loves a Man. He is the series editor of The Best American Poetry, the annual anthology he founded in 1988, and is currently preparing a new edition of The Oxford Book of American Poetry. His nonfiction books include The Last Avant-Garde: The Making of the New York School of Poets and Signs of the Times: Deconstruction and the Fall of Paul de Man. 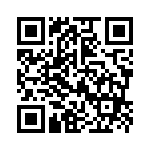