The dialogues of Plato

The Symposium is one of Plato's greatest works, a beautiful and profound philosophical discourse on the nature and meaning of love. It begins with a discussion of physical love and concludes with ... ŔüĂĽ ¸®şä ŔĐ±â

Plato was born c. 427 B.C. in Athens, Greece, to an aristocratic family very much involved in political government. Pericles, famous ruler of Athens during its golden age, was Plato's stepfather. Plato was well educated and studied under Socrates, with whom he developed a close friendship. When Socrates was publically executed in 399 B.C., Plato finally distanced himself from a career in Athenian politics, instead becoming one of the greatest philosophers of Western civilization. Plato extended Socrates's inquiries to his students, one of the most famous being Aristotle. Plato's The Republic is an enduring work, discussing justice, the importance of education, and the qualities needed for rulers to succeed. Plato felt governors must be philosophers so they may govern wisely and effectively. Plato founded the Academy, an educational institution dedicated to pursuing philosophic truth. The Academy lasted well into the 6th century A.D., and is the model for all western universities. Its formation is along the lines Plato laid out in The Republic. Many of Plato's essays and writings survive to this day. Plato died in 347 B.C. at the age of 80. 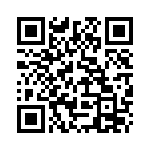