iii ∆‰¿Ã¡ˆ
... Language , in common with all other phenoniena , human and natural , is
subject to the.
xiv ∆‰¿Ã¡ˆ
The Angles or English were the leading tribe , and their name was accepted as
the common designation . The English tongue of that day , however , had a very
different aspect from modern English ; we must learn it like a foreign language .
xx ∆‰¿Ã¡ˆ
In early times dramatic representation helped to instruct the common people in
the facts of religious history . Miracle Plays , Mysteries , Moralities , and Interludes
grew step by step into the regular drama . The first English comedy , Ralph ...
xxvii ∆‰¿Ã¡ˆ
He was the first to stand clearly apart from patronage . Notwithstanding pompous
and antithetical diction , his writings shew the possession of vigorous common
sense and elevated morality , and his style has a sonorous eloquence of its own .
xxviii ∆‰¿Ã¡ˆ
... of the conditions and relations of common life . Robert Southey ( 1774 – 1843 )
and Samuel Taylor Coleridge ( 1772 – 1834 ) also began their poetical life
amidst the revolutionary fervour . Thomas Campbell ( 1777 – 1844 ) found the
subject ...
¥Ÿ¿Ω » 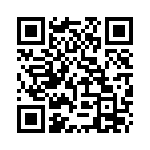