∆‰¿Ã¡ˆ
THE WORKS OF OLIVER GOLDSMITH : COMPRISING HIS Porms , Comedies , Essays , AND VICAR OF WAKEFIELD . WITH ILLUSTRATIONS . PHILADELPHIA : PUBLISHED BY JAMES B. SMITH & CO . , COLLEGE HARVARD July 1 , 194 receive all taircula Booth.
∆‰¿Ã¡ˆ
Comprising His Poems, Comedies, Essays, and Vicar of Wakefield Oliver Goldsmith. COLLEGE HARVARD July 1 , 194 receive all taircula Booth THE TRAVELLER ; OR , A PROSPECT OF SOCIETY , KD 11.308.
29 ∆‰¿Ã¡ˆ
But peace to his spirit , wherever it flies , To act as as angel and mix with the skies : Those poets who owe their best fame to his skill , Shall still be his flatterers , go where he will ; Old Shakspeare receive bim with praise and ...
30 ∆‰¿Ã¡ˆ
[ After the fourth edition of this poem was printed , the publisher received the following epitaph on Mr. Whitefoord , * from a friend of the late Dr. Goldsmith . ] HERE Whitefoord reclines ; and deny it who can , Though be merrily ...
66 ∆‰¿Ã¡ˆ
As to my guardian and his son , they shall find me prepared to receive them : I'm resolved to accept their proposal with seeming pleasure , to mortify them by compliance , and so throw the refusal at last upon them . Garnet .
¥Ÿ¿Ω » 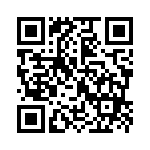