v ∆‰¿Ã¡ˆ
This subject appears to have been first noticed by the Legislature in the 9 & 10
Vict. 0.100 (1846); by the 10th section of which Act, the Lords of the Admiralty
were empowered', at their discretion, to make regulations respecting the
exhibition of ...
xxi ∆‰¿Ã¡ˆ
It appeared that he had originally shipped as second mate, and having, 011 the
death of the first mate and loss of the master, taken upon himself the command of
the vessel, claimed the wages as master for the period of his acting as such.
xxiv ∆‰¿Ã¡ˆ
... to have kept her course as she did till she was within a cable and a half 's
length.°± The case of the Clyde ' was that of a collision between that vessel, a
steamer, and the schooner Catharina, the master of the latter vessel had been at
first in.
xxv ∆‰¿Ã¡ˆ
master of the latter vessel had been at first in doubts whether the light was on
shore or not, but exhibited his lantern as soon as it was known that the light
previously seen was that of a steamer. The Court pronounced in favour of the
Catharina. 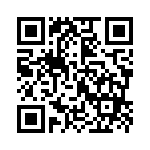