18 ∆‰¿Ã¡ˆ
I have been led, chiefly by the state of the dentition in most of the early forms of
both carnivorous and herbivorous Mammalia, which flourished during the eocene
tertiary periods, to regard 3 incisors, 1 canine, and 7 succeeding teeth, on each ...
42 ∆‰¿Ã¡ˆ
Most interesting also is it to observe, that in existing Ungulates there is a more
specialized structure, a further departure from the general type, than in their
representatives of the miocene and eocene tertiary periods : such later and less
typical ...
43 ∆‰¿Ã¡ˆ
As, in regard to a former (tertiary) zoological period, the fossil Camelidce of Asia
are of the genus Camelus, so those of America are of the genus Auchenia. This
geographical restriction ruled prior to any evidence of man's existence.
44 ∆‰¿Ã¡ˆ
tyles) in the New; and geology has recently shewn that tertiary species of
Dicotyles existed in North as well as South America. But no true Sus has been
found fossil in either division of the New World, nor has any Dicotyles been found
fossil in ...
48 ∆‰¿Ã¡ˆ
The Semnopitheques, Gibbons (Hylobates), and Orangs (Pithecus) are peculiarly
Asiatic. Palaeontology has shown that a Macaque, a Gibbon and an Orang
existed during the older tertiary times in Europe ; and that a Sem- nopitheque
existed ...
¥Ÿ¿Ω » 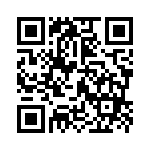