vi ∆‰¿Ã¡ˆ
The patient states that when the dressings were removed, a sort of valve (mucous
membrane ?) could be seen closing the orifice, at a short distance from the
surface of the abdomen. By the end of January 1845, the aperture had
completely ...
1 ∆‰¿Ã¡ˆ
Temperature of the surface of the body natural, but easily lowered by exposure to
cold. Pulse 70, natural. Respiration slow, and unembarrassed. Tongue clean,
with a few slight transverse fissures. Appetite good. Food taken in small quantity
at ...
5 ∆‰¿Ã¡ˆ
from distension from within, and from the action of the gastric juice and ingesta
upon its internal surface. There would, moreover, be a risk of exciting fatal
inflammation, to which I should not feel justified in subjecting the patient.
Palliative ...
7 ∆‰¿Ã¡ˆ
The os externum » was found to be thrust forwards and upwards to the front of the
pelvis ; the perineum greatly distended; the orifice of the rectum dilated
considerably, — exposing its mucous surface to the extent of an inch. The head ...
9 ∆‰¿Ã¡ˆ
... without which it would have been impossible to have cauterised the parts
satisfactorily, and without risk of injuring the eye. The two wounds were laid into
one, the lacerated parts excised, and the whole of the raw surface carefully
cauterised ...
¥Ÿ¿Ω » 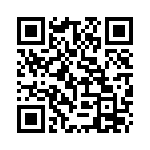