Scholar, writer and educator Leo Marx was educated at Harvard University, where he received a B. A. and a Ph. D. Marx taught at the University of Minnesota, Amherst College, and MIT. The school has also created the Leo Marx Career Development Professorship in the History and Culture of Science and Technology to honor his service. Marx's works, such as "The Machine in the Garden," explore the relationship between technology and culture in the past two centuries.

Bruce Mazlish was born in Brooklyn, New York on September 15, 1923. During World War II, he served in the Office of Strategic Services, the precursor to the C.I.A. He received a bachelor's degree, a master's degree, and a Ph.D. in European history from Columbia University. He joined the Massachusetts Institute of Technology faculty in 1955 and became a full professor in 1960. His first book, The Western Intellectual Tradition: From Leonardo to Hegel, written with the British mathematician and poet Jacob Bronowski, was published in 1960. His other books include In Search of Nixon: A Psychohistorical Inquiry, The Fourth Discontinuity: The Co-Evolution of Humans and Machines, and The Uncertain Sciences. He also wrote psychoanalytic biographies about Henry A. Kissinger, Jimmy Carter, and Mao Zedong. He died on November 27, 2016 at the age of 93. 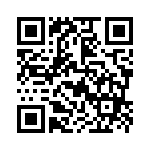