64 ЖдАМБц
... from London, by accounts he received from Mr Ferguson, of the dangerous
state of his celebrated friend, David Hume. ... by way of appendix to this paper;
meantime, I cannot resist submitting to its perusal one letter of Mr Hume's, to
which, ...
103 ЖдАМБц
Ў°I am, Ў°DEAR MADAM, Ў°Your affectionate friend and servant, Ў° DAVID HUME. Ў°
P.S.—I have seen John Hume's new unbaptized play,f and it is a very fine thing.
He now discovers a great genius for the theatre. [Written at the top.]—Ў°I must beg
of ...
165 ЖдАМБц
He was at London with his wife, when he received accounts of the dangerous
situation of Mr David Hume's health, and that he proposed a journey to Bath, as
one of the possible means for restoring it. Mr Home instantly set off for Scotland,
with ... 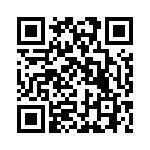