Virginia Burrus is the Bishop W. Earl Ledden Professor of Religion at Syracuse University. Her teaching and research interests in the field of ancient Christianity include gender, asceticism, constructions of orthodoxy and heresy, and the history of theology. She is currently president of the North American Patristics Society and co-editor of the University of Pennsylvania Press series Divinations: Rereading Late Ancient Religion. She is the author of six books, including Seducing Augustine: Bodies, Desires, Confessions (Fordham University Press, 2010), co-written with Mark Jordan and Karmen MacKendrick; and Sex Lives of Saints: An Erotics of Ancient Hagiography (University of Pennsylvania Press, 2004). She is also coeditor, with Catherine Keller, of Toward a Th eology of Eros: Transfi guring Passion of the Limits of Discipline (Fordham University Press, 2006).

Catherine Keller is George T. Cobb Professor of Constructive Theology in the Theological School and Graduate Division of Religion at Drew University. Recent books include Cloud of the Impossible: Negative Theology and Planetary Entanglement; On the Mystery: Discerning Divinity in Process; Face of the Deep: A Theology of Becoming; and Ecospirit: Theologies and Philosophies of the Earth (Fordham). 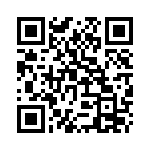