York (The Emerging Network: A Sociology of the New Age and Neo-Pagan Movements) endeavors to demonstrate that paganism in its many varieties has an underlying unity. He argues that it is international ... └³├╝ ©«║õ └ð▒Ô

Michael York is Director and Principal Lecturer of the Sophia Centre for the Study of Cultural Astronomy and Astrology and Director of the Bath Archive for Contemporary Religious Affairs, Bath Spa University College, UK. 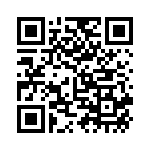