Jennifer Pitts is Assistant Professor of Politics at Princeton University. She is the editor and translator of Alexis de Tocqueville: Writings on Empire and Slavery. 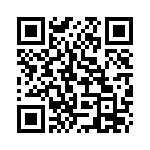