∆‰¿Ã¡ˆ
37 : 2 + 2 . COMPRISING A VERSION OF ALL THE PSALMS , AND A.
i ∆‰¿Ã¡ˆ
COMPRISING A VERSION OF ALL THE PSALMS , AND A SELECTION OF
HYMNS , ADAPTED TO THE Services and Festivals OF THE CHURCH OF
ENGLAND . By several Clergymen . LIVERPOOL : JOSEPH DAVENPORT ,
RANELAGH ...
iv ∆‰¿Ã¡ˆ
With this permission the Reformers introduced a metrical version of the Psalms
among their congregations . °∞ The custom was begun 1560 , in one church in
London , and quickly spread , not only through the city , but in the neighbouring ...
v ∆‰¿Ã¡ˆ
All this was done several years before the version of Psalms , inade by Sternhold
and Hopkins , was annexed to the Prayer Book . The selection of the °∞ Hymn or
Song , " was left by the Royal Injunction to the discretion of those who used it .
vi ∆‰¿Ã¡ˆ
... notwithstanding the numerous Hymnbooks that have appeared of late years ,
viz . a Collection comprising a version of all the Psalms , with the omission only of
such parts as , for their Jewish peculiarities of names and places , appeared less
...
¥Ÿ¿Ω » 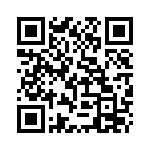