104 ∆‰¿Ã¡ˆ
So, Senator Fulbright and I discussed this matter and recently made an
agreement that the Judiciary Committee would study this bill first and then it
would be referred to the Foreign Relations Committee. This bill, of course, is sort
of a blueprint.
358 ∆‰¿Ã¡ˆ
Mr. President , I ask unanimous consent that the bill be referred to the Committee
on the Judiciary , with the understanding that after that committee has completed
its consideration of the bill , it then be referred to the Committee on Foreign ...
359 ∆‰¿Ã¡ˆ
( d ) ( 1 ) If the committee to which a concurrent resolution with respect to an
executive agreement has been referred has not reported it at the end of 20
calendar days after its introduction , it is in order to move either to discharge the
committee ...
404 ∆‰¿Ã¡ˆ
Thus , so far as I know , none of the bilateral assistance agreements referred to
has ever been submitted to the ... The Secretary of State went on to refer to
annual aid authorizations as if they were indications of national commitments .
Certainly ...
538 ∆‰¿Ã¡ˆ
The dependents who accompany the military personnel covered by this note
shall be subject to the ordinary system of passports in force under Spanish law ,
although they shall be exempt from the provisions of that legislation referring to
visas ...
¥Ÿ¿Ω » 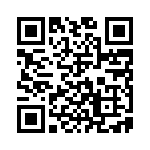