A sort of sequel to The Smile of the Stranger, but twice as long and about half as delightful; Aiken attempts a big, double-barreled saga here—absolutely the wrong format for her tart, airy ... └³├╝ Ė«║õ └ą▒Ō

Joan Delano Aiken was born in Rye, Sussex, England, on September 4, 1924, the daughter of the Pulitzer Prize winner, writer Conrad Aiken. She was raised in a rural area and home schooled by her mother until the age 12. She then attended Wychwood School, a boarding school in Oxford. Her work first appeared in 1941 when the British Broadcasting Corporation, where she worked as a librarian, broadcast some of her short stories on their Children's Hour program. Aiken also worked at St. Thomas's Hospital, and in 1943 she moved to the reference department of the London office of the United Nations, where she collected information about resistance movements. She worked for the UN until 1949, all the while continuing to write stories. In 1953 a collection of short fiction called All You've Ever Wanted and Other Stories was published. While writing The Wolves of Willoughby Chase, begun in 1952, her husband became ill and died of lung cancer in 1955. After working for five years as a copy editor at Argosy Magazine, and at the J. Walter Thompson Advertising Firm, she returned and finished the book in 1963. The Wolves of Willoughby Chase won the Lewis Carroll Shelf Award and was made into a successful film in 1988. In 1969 The Whispering Mountain won the Guardian Children's Book Award, and in 1972, Night Fall won America's Edgar Allen Poe Award for juvenile mystery. Aiken is best known for her adult "fantasy" stories. She has received awards for children's fiction and for mystery fiction, and has also written ''sequels'' to Jane Austen books. She collaborated with her daughter to write many episodes of her Arabel and Mortimer the raven series for the BBC. In all, Aiken wrote 92 novels - including 27 for adults - as well as plays, poems and short stories, although she was best known as a writer of children's stories. Joan Aiken died in January of 2004 at the age of 79. 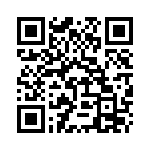