The son of Thomas Sheridan, the Irish actor and theater manager, Richard Brinsley Sheridan began writing plays as a youngster in Bath. He went on to become one of the most successful playwrights of the later eighteenth century, manager of the Drury Lane Theater, and also a politician and orator of some note in the House of Commons. Along with his friends David Garrick (seeVol. 3) and Oliver Goldsmith, Sheridan was a member of the Literary Club of Samuel Johnson, having been proposed for membership by Johnson himself. Like Goldsmith, Sheridan also attacks "The Sentimental Muse" of weeping comedy. In his best-known play, The School for Scandal (1777), Sheridan revives the Restoration comedy of manners with its portrait of the beau monde and its deflation of hypocrisy. The play is indebted to William Congreve as well as to Moliere (see Vol. 2), and the picture of society is based on Bath and London. In The Rivals (1775), Sheridan amuses himself with the language games of Mrs. Malaprop and her "nice derangement of epitaphs." The allusions are consistently literary, as in her simile "as headstrong as an allegory on the banks of the Nile." Sheridan's acute ear for banalities and truisms is best seen in The Critic (1779), a burlesque of sentimental and inflated plays as well as self-important criticism. The play ridicules "false Taste and brilliant Follies of modern dramatic Composition." Sheridan's sparking dialogue, lively scenes, and masterful dramatic construction have proved to be enduringly popular. 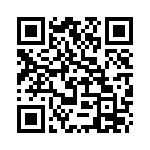