7 ãõ└╠┴÷
The Dogger Bank, which has an area of several hundred square miles, and is
most prolific of fish, is to a great extent ... One-fifth of it is occupied by banks,
which are always being added to by the muddy deposits of the rivers of both
countries.
25 ãõ└╠┴÷
The cod fishery of Scotland — The Grand Bank fishery, Newfoundland — Bultow
fishing described — Preparing the ... is never met with in fresh waters, preferring
the depths of the sea, which it only quits to spawn on the coasts or the banks.
26 ãõ└╠┴÷
The Grand Bank appears to be the great breeding ground of the species, and the
finest fish is caught there. The quantity of codfish annually taken from the banks
and shores of Newfoundland, and the coasts of Labrador, on the average of ...
27 ãõ└╠┴÷
Taking the annual catch on the banks and along the shores at 2,750,000 cwt.,
and averaging 50 codfish to the cwt., it is estimated that there are drawn from the
waters around Newfoundland 137,500,000 codfish in a year. Besides the fish, the
...
28 ãõ└╠┴÷
The French vessels engaged in this fishery are from 1 50 to 300 tons burthen ;
they arrive on the Grand Bank early in June, ... The bultow mode of fishing is
wholly used by the French on the banks, and the large vessels have over five or
six ...
┤┘└¢ » 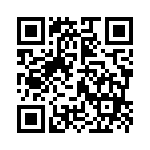