26 Ųõ└╠┴÷
... lips that moved not and unbreathing frame, Like cavern'd winds, the hollow
accents came. Saul saw, and fell to earth, as falls the oak, At once, and blasted
by the thunder-stroke. II. " Why is my sleep disquieted ? " Who HEBREW
MELODIES.
39 Ųõ└╠┴÷
Shivered by the shot, that tore The ground whereon they moved no more : Even
as they fell, in files they lay, 690 Like the mower's grass at the close of day, When
his work is done on the levelled plain ; Such was the fall of the foremost slain.
42 Ųõ└╠┴÷
755 Of all he might have been the sire Who fell that day beneath his ire : For,
sonless left long years ago, His wrath made many a childless foe ; And since the
day, when in the strait9 760 His only boy had met his fate, His parent's iron hand
did ...
52 Ųõ└╠┴÷
... When he fell to earth again Like a cinder strewed the plain : 990 Down the
ashes shower like rain ; Some fell in the gulf, which received the sprinkles With a
thousand circling wrinkles; Some fell on the shore, but, far away, Scattered o'er
THE ...
28 Ųõ└╠┴÷
The brows of men by the despairing light Wore an unearthly aspect, as by fits The
flashes fell upon them ; some lay down And hid their eyes and wept ; and some
did rest Their chins upon their clenched hands, and smiled ; And others hurried ... 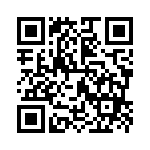