ãõ└╠┴÷
... the hope of bribery , against which the legislature had vainly attempted to
guard ; the hope of concealment ; the hope to prevent the bankrupt's receiving
any allowance ; the hope to prevent his being a witness ; or the fear of
competition in ...
7 ãõ└╠┴÷
But though your lordship's years and health may expect return of grace and
fortune , yet your eclipse for a time is an í░ ultimum vale í▒ to my fortune : and were
it not that I desired and hope to see my brother established by her majesty's
favour ...
ãõ└╠┴÷
This work , which is for the bettering of men's bread and wine , which are the
characters of temporal blessings and sacraments of eternal , I hope , by God's
holy providence , will be ripened by C®ísar's star . Your majesty shall not only do
to ...
ãõ└╠┴÷
I know I have clean hands , and a clean heart ; and , I hope , a clean house for
friends or serBut Job himself , or whosoever was the justest judge , by such
hunting for matters against him as hath been used against me , may for a time
seem foul ...
3 ãõ└╠┴÷
But my cause stays not there ; for my humble desire is , that his majesty would
take the seal into his hands , which a great downfall , and may serve , I hope , in
itself for an expiation of my faults . Therefore , if mercy and mitigation be in your ... 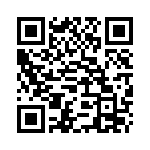