86 ∆‰¿Ã¡ˆ
And any bail bond given by any party to answer any charge under party , to
appear in process from any of said courts , shall be obligatory upon such party
and his sureties , and bind him to appear at the first term of the district court of the
...
156 ∆‰¿Ã¡ˆ
party , so as to render it improper for him to sit on the trial of such suit or action , it
shall be his duty to cause the fact to be entered on the records of the court ; also
an order that an authenticated copy thereof , and a copy of all the proceedings ...
294 ∆‰¿Ã¡ˆ
When a second license is applied for by any such party , or hereafter when any
new party applies for license , it shall be granted with the advice and consent of
the national Further proviso . council : And provided also , That if the general ...
408 ∆‰¿Ã¡ˆ
Payment for the Now , therefore , it is further hereby agreed between the parties
to this ! and , should it be treaty , that in ... that portion of the nation known as °∞ the
treaty party , " being honestoru Cher - those who made and those who agreed to
...
409 ∆‰¿Ã¡ˆ
the eighth article , for various purposes , for the whole nation , over and above its
proportion , the sum of ten thousand three hundred dollars ; and out of the
moneys appropriated under the sixth article , for those of the treaty party who had
... 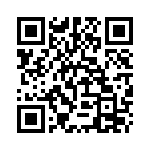