1 ∆‰¿Ã¡ˆ
There was judgment dismissing the raise revenue by levying and collecting
license petition , motion for new trial was overruled , any business , calling , or
corporation , and to regulate the same by ordinance , give the and relator brings
error .
2 ∆‰¿Ã¡ˆ
Thatter 25 , of the Compiled Ordinances of the any such person , firm or
corporation obtaining such license shall give a bond in the amount of City of
Sheridan , requiring a license fee of $ 1,000.00 to the city of Sheridan , with good
and $ 15 ...
3 ∆‰¿Ã¡ˆ
These rights , however , are under the maxcifically gives the double power to tax
and im , " Sic utere tuo ut alienum ... of there is some connection between the
provithis clause is to give the power to tax for sions of the law and such purpose .
14 ∆‰¿Ã¡ˆ
Actions for claims against a county , which have been rejected by [ 2 ] It is
plaintiff's contention that he did the county commissioners , must be commenced
not consent to give the right of way for the within six months after the first rejection
there- ...
30 ∆‰¿Ã¡ˆ
affairs shall be under the control of local These are admonitions to give full practi-
officers , but that utilities which are not princal effect both to the new law and to
the old cipally confined in their operations to a given and to construe each ...
¥Ÿ¿Ω » 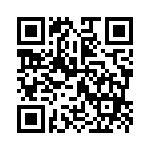