vii ∆‰¿Ã¡ˆ
Would he have exhorted the Ephesians and Colossians to use °∞ hymns and
spiritual songs " as well as °∞ psalms , " * if the latter had been , in_bis
apprehension , sufficient for all Christian purposes ? Besides , the regular
reading of the Psalms ...
ix ∆‰¿Ã¡ˆ
They introduced a metrical version of the Psalms among their congregations . •
The custom was begun 1560 , in one church in London , and did quickly spread
itself not only through the City , but in the neighbouring places , sometimes at ...
x ∆‰¿Ã¡ˆ
In 1696 , Tate and Brady obtained permission , by an Order in Council , to have
the New Version of Psalms adopted in " such Churches as thought fit to receive it
. °± Whatever was their motive for the application , the initiation in the terms of the ...
xi ∆‰¿Ã¡ˆ
Neither was it any objection against the Psalmody of the Church , that she
sometimes made use of Psalms and Hymns of human composition , " + There
were always such Psalms and Hymns and Doxologies ' composed by pious men
, and ...
xii ∆‰¿Ã¡ˆ
Under the influence of these impressions , the editor was induced , several years
ago , to make a selection of Psalms and Hymns , freed , as much as he could
render it , from the alleged objections , for the use of his own congregation : and it
is ...
¥Ÿ¿Ω » 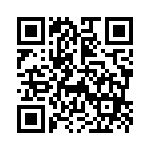