vi ∆‰¿Ã¡ˆ
... if I add explanations of many of his most idiomatic and classical phrases and expressions ; and besides , give new illustrations from the best ancient ...
viii ∆‰¿Ã¡ˆ
... with an ample ( though briefly expressed ) commentary , I am persuaded that the cause of classical and polite literature would be much advanced .
xxxv ∆‰¿Ã¡ˆ
Among other discourse , he expressed himself to this purpose , that were he free from the pain of the gout , his blindness would be tolerable .
xxxvii ∆‰¿Ã¡ˆ
... that his daughter , Mary , expressed to her a wish to hear of his death , and advised her to cheat him in marketing ; and that he often complained that ...
lxiv ∆‰¿Ã¡ˆ
... hinderance , and constraint to express many things otherwise , and for the most part worse than else they would have expressed them .
¥Ÿ¿Ω » 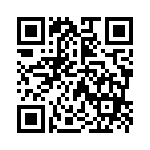