Francis J. Beckwith (PhD, Fordham University) is professor of philosophy and church-state studies at Baylor University in Waco, Texas, where he is also a fellow and faculty associate in the Institute for Studies of Religion. He was the 2008-2009 Mary Ann Remick Senior Visiting Fellow in the Notre Dame Center for Ethics & Culture and was a 2002-2003 Madison Research Fellow in Politics at Princeton University, where he has served since 2003 as a member of the James Madison Society. Beckwith is the author of numerous books such as Return to Rome: Confessions of an Evangelical Catholic; Defending Life: A Moral and Legal Case Against Abortion Choice; Law, Darwinism & Public Education: The Establishment Clause and the Challenge of Intelligent Design and Do the Right Thing: Readings in Applied Ethics and Social Philosophy. His articles have been published in a number of academic journals across a variety of disciplines, including Harvard Journal of Law & Public Policy, International Philosophical Quarterly, Public Affairs Quarterly, Social Theory & Practice, American Journal of Jurisprudence, Journal of Medical Ethics, San Diego Law Review, Nevada Law Journal, Journal of Social Philosophy, Philosophia Christi and Notre Dame Journal of Law, Ethics & Public Policy. Beckwith has been a speaker for numerous Christian ministries (both Protestant and Catholic) throughout his career, including Summit Ministries and the Catholic Apologetics Academy, where he has served on their faculties since 1996 and 2013 respectively. He and his wife, Frankie, live in Woodway, Texas.

William Lane Craig (PhD, philosophy, University of Birmingham; ThD, systematic theology, University of Munich) is Research Professor of Philosophy at T albot School of Theology, Biola University, in La Mirada, California. He is also president of the Evangelical Philosophical Society. Craig has published articles in philosophical and theological journals such as The Journal of Philosophy, American Philosophical Quarterly, Philosophical Studies, Philosophy, British Journal for the Philosophy of Science, Modern Theology and Religious Studies. He has written or cowritten more than twenty books, including The Kalam Cosmological Argument; Divine Foreknowledge and Human Freedom; Theism, Atheism and Big Bang Cosmology and God, Time and Eternity.

J. P. Moreland (PhD, University of Southern California) is Distinguished Professor of Philosophy at Talbot School of Theology, Biola University, in La Mirada, California. He is the author or coauthor of over thirty-five books, including Kingdom Triangle, Scaling the Secular City, Consciousness and the Existence of God, Philosophical Foundations for a Christian Worldview, In Search of a Confident Faith, Love Your God With All Your Mind, The God Question, and Body and Soul. In his distinguished career, Moreland has co-planted three churches, spoken and debated on over 175 college campuses around the country, and served with Campus Crusade for Christ for ten years. The founder and director of Eidos Christian Center, he also previously served as a bioethicist for PersonaCare Nursing Homes, Inc. headquartered in Baltimore, Maryland. Moreland's ideas have been covered by both popular religious and non-religious outlets, including the New Scientist, Christianity Today, PBS's "Closer to Truth," and WORLD magazine. 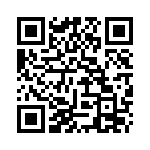