20 ∆‰¿Ã¡ˆ
In the Debate continued in your last, the next that spoke was T. Genucius, (Earl T-
mp-e) whose Speech was as follows. Mr. President, S I R, ROM the whispers I
heard without doors, I did, indeed, expect, an opposition to this bill ; but I
expected, ...
134 ∆‰¿Ã¡ˆ
The next Speaker, in the Debates which we began in your last, was L. Egilius,
G-l-t El-t, whose Speech was thus. Mr. President, S I R H E Fa&t I find is not, nor
indeed can it be disputed, that we have lately seized and brought into our own
ports, ...
294 ∆‰¿Ã¡ˆ
... whose ancestors obtained for them their boasted iberties, at the price of their
blood, and deliwered it down by their advice and exańple, that they would make
the best caoice of their guardians in Parliament, when they made it from amongst
...
305 ∆‰¿Ã¡ˆ
At soa, there is the same emulation, whose gun, whose ship, whose squadron, sh
ill be best served and fought. It is well known there are no better fighting men
upon the earth. They seldom turn their backs upon their enemy, unless when
their ...
314 ∆‰¿Ã¡ˆ
On the north fide of the Gambia are a people called Jolloifs, whose country is ...
people of atawny colour, called Pholeys, greatly resembling the Arabians, whose
language most of them can speak, it being, to them, what the Latin is in Europe, ...
¥Ÿ¿Ω » 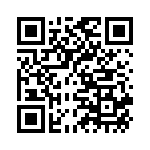