G. W. F. Hegel (1770-1831) is one of the great figures in the history of Western thought, and the most important philosopher of his time. He spent his life in his native Germany, elaborating an enormously ambitious and broad-ranging philosophical system which has exerted a continuinginfluence on European and Anglo-American philosophy.Sir Malcolm Knox was Professor of Moral Philosophy at the University of St Andrews from 1936 to 1953, and then Principal of that university until 1966. He published translations of many of Hegel's philosophical, theological, and political writings. He died in 1980. 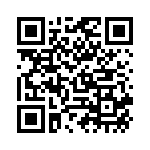