77 ∆‰¿Ã¡ˆ
The fine old church of West in - Larington , which has undergone a thothe rougl©•
restoratios , was re - opened for Di . ght vine service by the Lord Bishop of Salist
of bury . The church was originally an early . ind English structure , built probably
...
318 ∆‰¿Ã¡ˆ
France and Italy : - the sprightliness and nificent productions which were then
beard sweetness of his manners ( not unchequered under the directing intiuence
of his genius , in those early days by bursts of amusing will never be forgotten by
...
322 ∆‰¿Ã¡ˆ
... of Northern editions of early Icelandic works which Literature in that university ,
Keeper of have been brought out with ... period an early age to the university of
Copen - of his death , all testifying that he retained hagen , where he completed ...
468 ∆‰¿Ã¡ˆ
The probability , Mr . Halliwell says , may be in favour of his having never
relinquished what establishment he may have possessed at Stratford , and , if so ,
his association with the drama may have commenced almost as early as the date
of ...
603 ∆‰¿Ã¡ˆ
As editor of several works dispute might be easily settled , if any one illustrative of
early and middle Engwere simple enough to raise it . But Sir lish literature , it has
been my task to Frederic Madden is determined not to lose notice what I ... 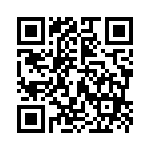