451 ãõ└╠┴÷
290 N.Y.S. the respondent , the state comptroller , to make the appropriate payments of salary to the petitioner in such position .
818 ãõ└╠┴÷
Petitioner here was named as cotrustee but he did not qualify . In early 1933 petitioner became entitled as remainderman to delivery of the property in the ...
819 ãõ└╠┴÷
Petitioner testified that when he attended at the office of the trustee he was shown the securities , the receipt , and the release , and was told that the ... 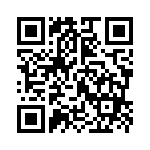