57 페이지
SECRETARY Fox acquainted the House , that he had a message from his
Majesty ; and he presented the same to the House , and it was read by Mr .
Speaker ( all the members of the House being uncovered ) , and is as followeth :
GEORGE R ...
58 페이지
Ordered , That the said Address be presented to his Majesty by such members of
this House as are of his Majesty ' s most honourable Privy Council . IRISH . - 16th
April , 1782 . The Right Hon . Mr . Secretary of State informed the House , that ...
59 페이지
An amendment was made to the said motion ; and the Resolution , so amended ,
is as follows : Resolved , That an humble Address be presented to his Majesty , to
return his Majesty the thanks of this House for his most gracious Message to ...
60 페이지
claim as their birth - right , and which we cannot yield but with our lives : To
assure his Majesty , that we have seen with concern , certain claims advanced by
the Parliament of Great Britain , in an act intituled “ An Act for the better securing
the ...
64 페이지
If any thing could add to the pleasure I feel in giving you these assurances , it is ,
that I can accompany them with my congratulations on the important and decisive
victory gained by the fleets of his Majesty , over those of our common enemy in ...
다음 »

45 페이지 - I AM now to address a free people. Ages have passed away, and this is the first moment in which you could be distinguished by that appellation.
1821년 - 2007년까지 72권의 책에 나타남
18 페이지 - I wish for nothing but to breathe, in this our island, in common with my fellow-subjects, the air of liberty. I have no ambition, unless it be the ambition to break your chain, and contemplate your glory. I never will be satisfied so long as the meanest cottager in Ireland has a link of the British chain clanking to his rags : he may be naked, he shall not be in iron.
1821년 - 2007년까지 155권의 책에 나타남
자세히
4 페이지 - ... her enemies are a host, pouring upon her from all quarters of the earth; her armies are dispersed; the sea is not hers; she has no minister, no ally, no admiral, none in whom she long confides, and no general whom she has not disgraced; the balance of her fate is in the hands of Ireland; you are not only her last connection, you are the only nation in Europe that is not her enemy.
1821년 - 2007년까지 64권의 책에 나타남
58 페이지 - That an humble address be presented to His Majesty, to return His Majesty the thanks of this House for his most gracious message to this House, signified by His Grace the Lord-lieutenant.
1802년 - 2006년까지 109권의 책에 나타남
8 페이지 - ... or cut off the nation's right hand ; greatly emancipate or fundamentally destroy. We may talk plausibly to England, but so long as she exercises a power to bind this country, so long are the nations in a state of war ; the claims of the one go against the liberty of the other, and the sentiments of the latter go to oppose those claims to the last drop of her blood.
1821년 - 2007년까지 60권의 책에 나타남
18 페이지 - ... by the arms, inspiration, and providence of the present moment, tell us the rule by which we shall go — assert the law of Ireland — declare the liberty of the land. " I will not be answered by a public lie in the shape of an amendment ; neither, speaking for the subject's freedom, am I to hear of faction.
1821년 - 2007년까지 128권의 책에 나타남
45 페이지 - Heaven-directed steps you have proceeded until the whole faculty of the nation is braced up to the act of her own deliverance. I found Ireland on her knees.
1821년 - 2008년까지 129권의 책에 나타남
15 페이지 - ... law. Never was such a revolution accomplished in so short a time, and with such public tranquillity. In what situation would those men who call themselves friends of constitution and of government have left you ? They would have left you without a title, as they...
1821년 - 2007년까지 33권의 책에 나타남
1 페이지 - I have entreated an attendance on this day, that you might, in the most public manner, deny the claim of the British Parliament to make law for Ireland, and with one voice lift up your hands against it.
1821년 - 2007년까지 68권의 책에 나타남
62 페이지 - His Majesty being concerned to find that discontents and jealousies are prevailing among his loyal subjects of this country, upon matters of great weight and importance, His Majesty recommends it to this House to take the same into their most serious consideration, in order to such a final adjustment as may give mutual satisfaction to his kingdoms of Great Britain and Ireland.
1803년 - 2001년까지 59권의 책에 나타남
간략히 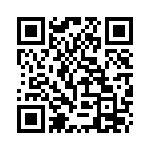