F. C. Gilbert, a converted Jew, wrote this series of Bible studies on the sanctuary and its services, in both type and antitype, with particular application to the church following the Advent Movement of 1834-1844. An excellent study book that explores the meaning of the Hebrew words connected with the sanctuary and its services. Delves into the atonement and the work of Christ in the heavenly sanctuary. A most important work for this day and age. Born of Jewish parents in London, England in 1867, he studied to become a rabbi until ill health forced him to quit. Coming to the United States, he boarded with a Seventh-day Adventist family in Boston. Accepting the Adventist faith, he attended South Lancaster Academy. Gilbert served as minister in the Atlantic Union Conference until he joined the North American Division staff in 1911. His evangelistic burden centered on those of his former faith. In 1918 he became secretary of the Jewish Department of the General Conference, and a few years later received assignment as field secretary. 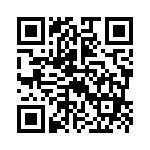